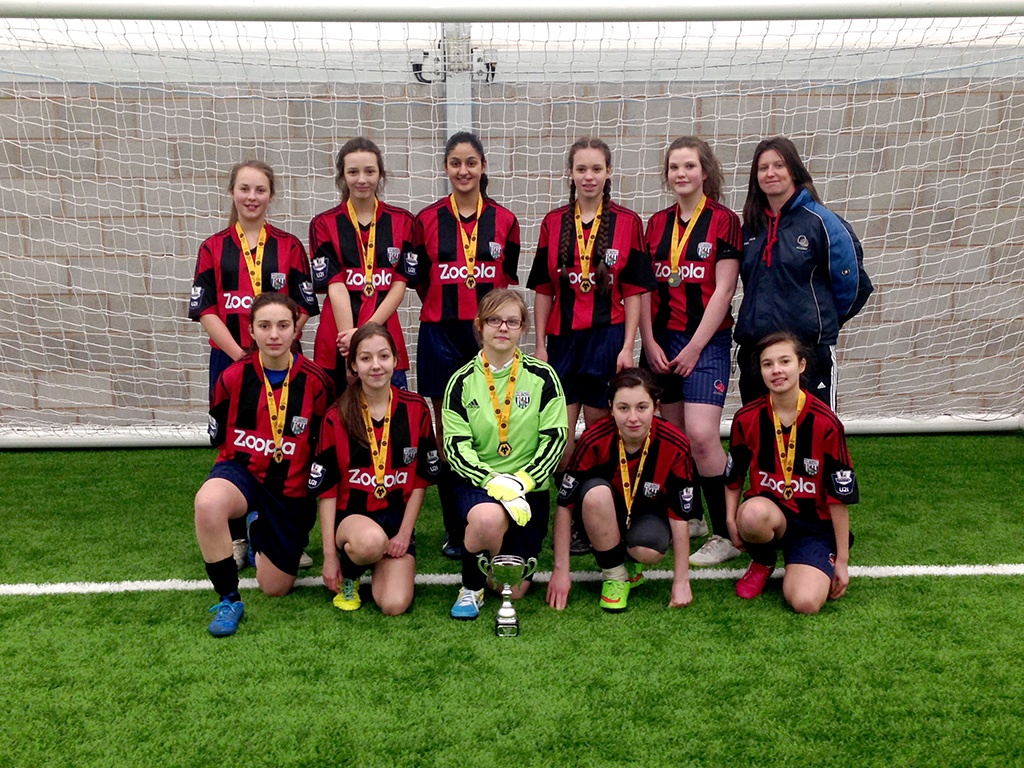 Staff and Students at Q3 Academy were celebrating on the final day of term as their girls football team smashed their way through to win the regional football tournament at Wolverhampton Wanderers FC.

They represented West Bromwich Albion and played against other areas including Derby County, Aston Villa, Wolverhampton Wanderers and Stoke City. They were undefeated in the league stages, either winning or drawing against their opposition. They managed to get through to the final where they played Wolves FC and after a superb strike from Toni Kingscott, won 1-0! They were also lucky enough to meet some of the Wolves players and a Birmingham City Ladies player.

Miss Samuel said: “It is the highest standard of football that I have seen the girls play in all of my time at Q3 and they most definitely rose to the occasion. I am extremely proud of the girls and the sterling performances that they displayed”