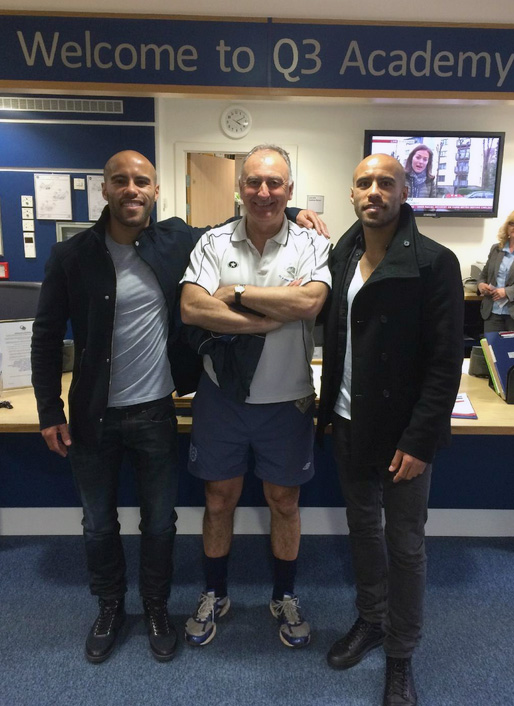 Adam and James Chambers of Walsall FC returned to their former school to reminisce before the run up to their big game this Sunday (22/3/2015).  BBC Midlands Today (broadcast 19/3/2015) covered the twins as they met students and answered questions, as well as meeting with their former PE teacher, Mr Perrins, who is still working at the school which has now become Q3 Academy.

The full news report can be seen on BBC iPlayer.